Kai Pai Bakery took home the awards for best Vegetable Pie and the Commercial Award for their Vegan Roast Vegetable and Cashew Curry pie. More than 70 vegan pies from around New Zealand were judged as part of the awards, held by The Vegan Society.

“We are thrilled to be recognised for two of our vegan pies at these prestigious national awards,” he says. “Our head baker Jason Danielson and the team are very talented at what they do and it’s wonderful to receive these accolades for our small family business down in Wānaka.”

The wins top off an extraordinary year for the iconic Wānaka bakery. Kai Pai received six Top 10 awards from the Bakels Supreme Pie Awards in July, including a Gold Award for its Chicken, Leek and Bacon pie, and took home more awards than any other bakery in the South Island.

The introduction of vegan pies has been successful for the bakery, which produces 25,000 pies a day from its purpose-built Wānaka premise.

The Vegan Society national coordinator Amanda Sorrenson says the NZ Vegan Pie Awards aim to raise the profile and the excellence of vegan food in Aotearoa.

“Pies are very much a Kiwi tradition and five years ago a vegan would have had a hard time finding a vegan pie anywhere,” she says. “There are now literally hundreds of vegan pies available to Kiwis around the whole of NZ and the Vegan Pie Awards showcases the best of the best.

“The judges were very impressed with Kai Pai’s Vegetable and Roast Vegetable and Cashew Curry pies, which were awarded first place in their categories.” 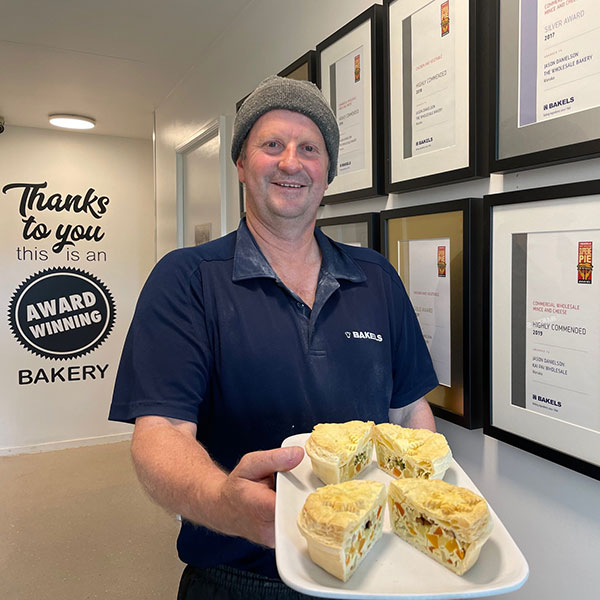